Vaea Verbeeck (CAN) has started her season in commanding fashion. Day two of Crankworx Rotorua brought her second victory in as many days, this time in the Rotorua Air DH presented by Bosch. 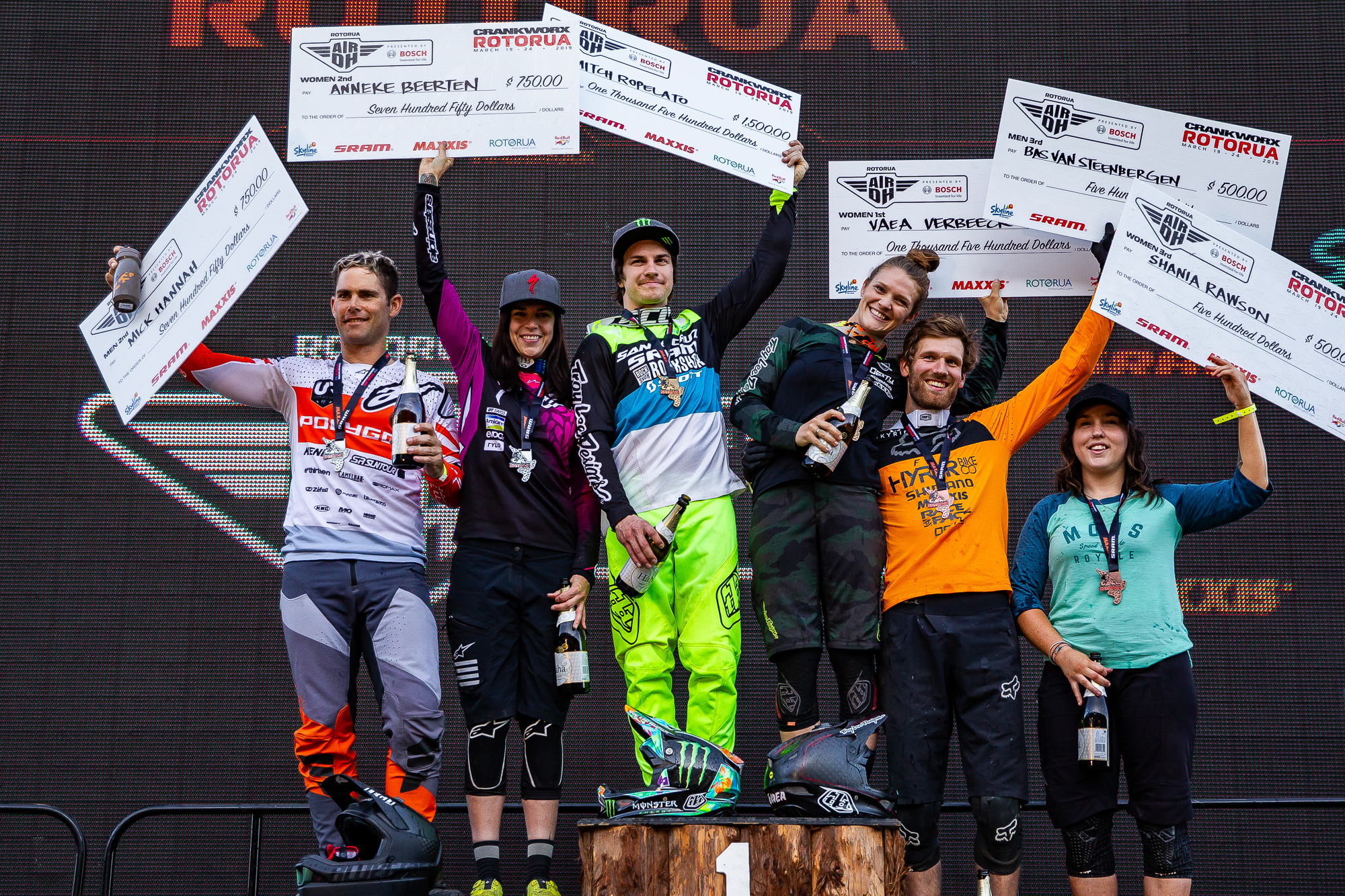 “I’m over the moon. I definitely couldn’t ask for more than two for two,” said the 28-year-old, who also placed first in last night’s 100% Dual Slalom Rotorua. “I was going for today, somehow won yesterday, and then was just focused on making sure that I made today happen. So now my goals are achieved I can just keep going.” 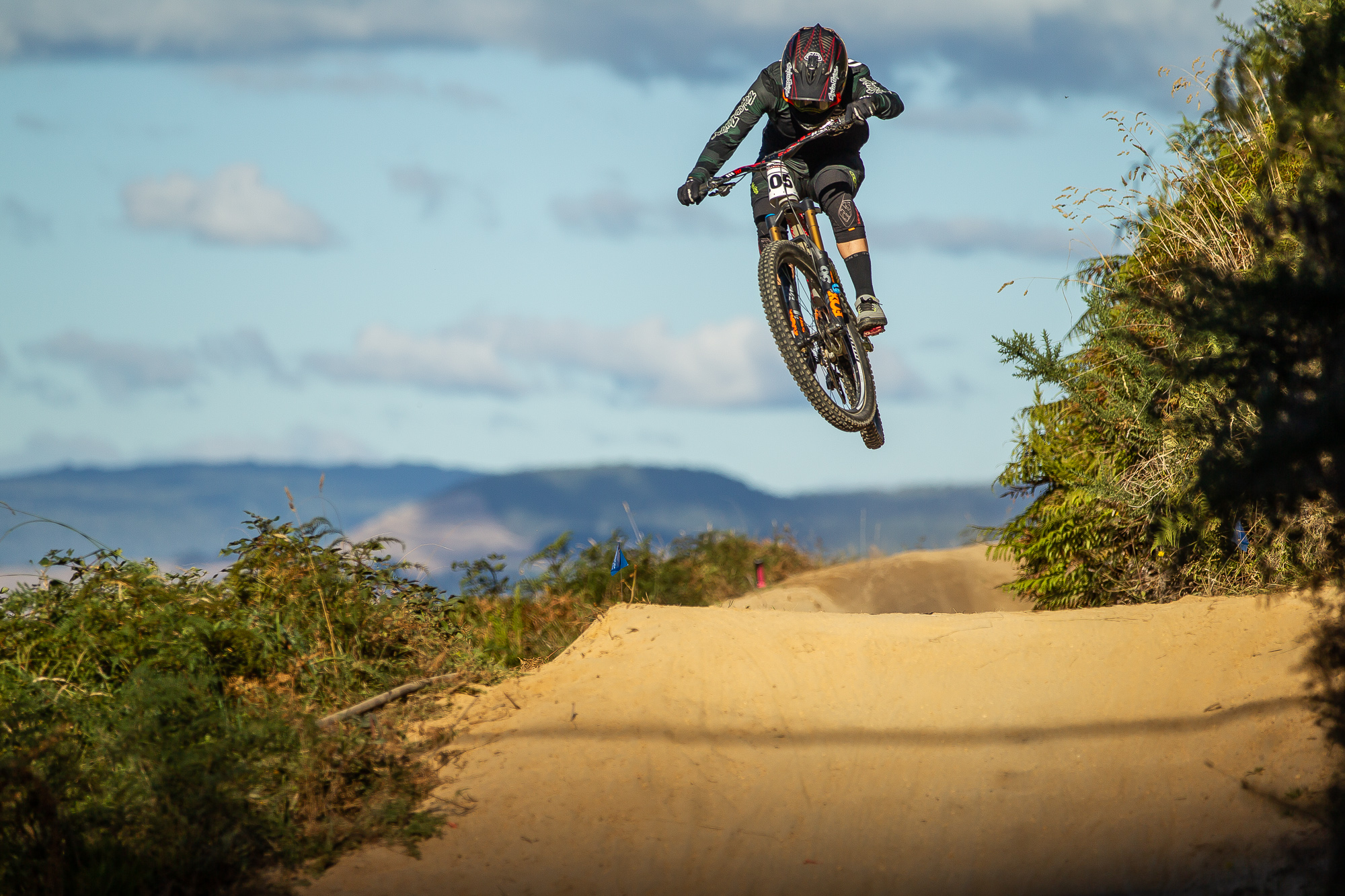 On the men’s side, it was familiar territory for Mitch Ropelato (USA) but in an unfamiliar discipline.

“I’m stoked. I’ve never won an Air DH,” said the 27-year-old, known for his dominance in Pump Track and Dual Slalom. “After Slalom I thought ‘Oh man, I’m gonna leave here without a medal’ ‘cause I don’t normally do that good at Air DH…so to do good today is pretty sweet.” 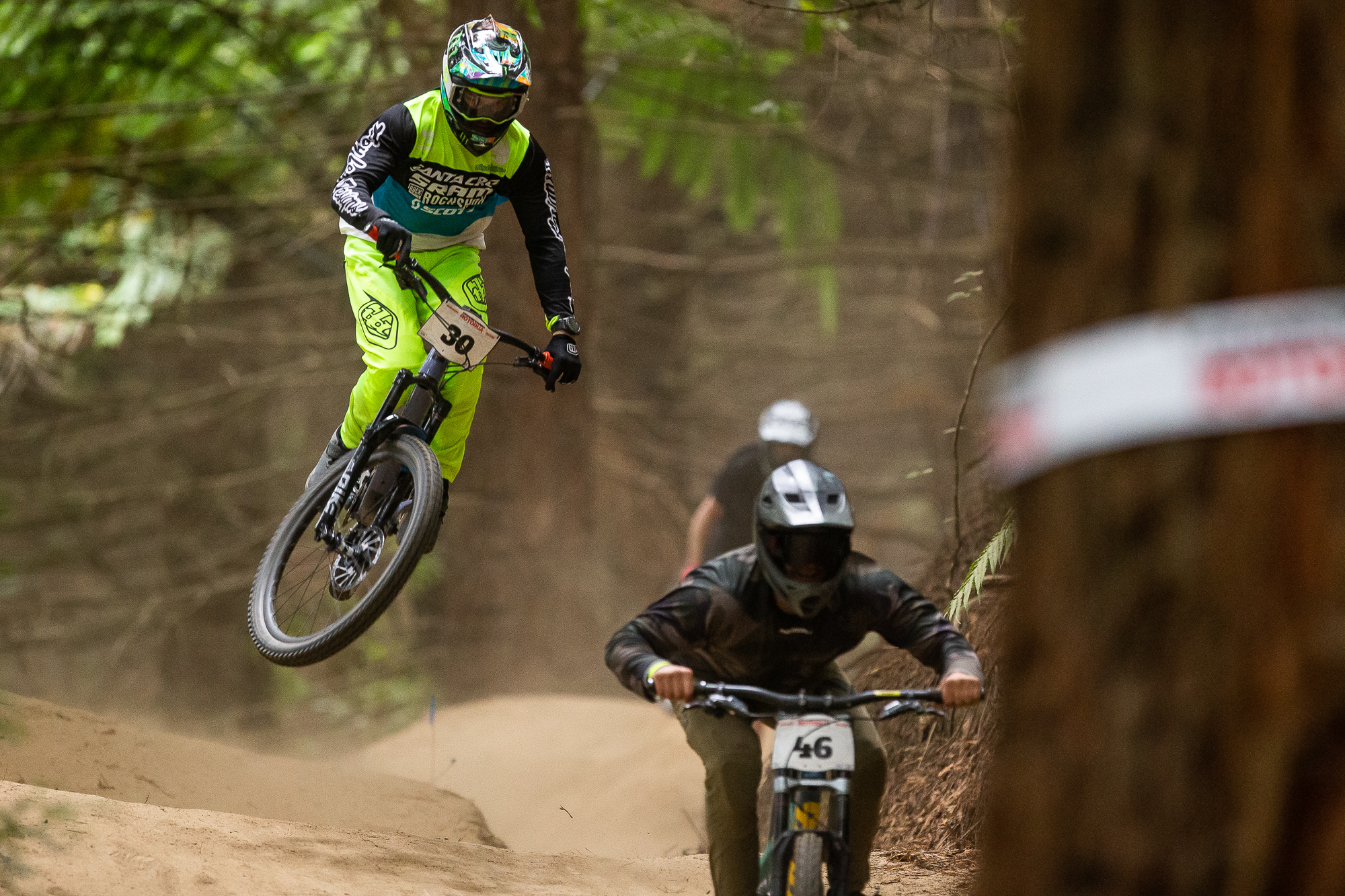 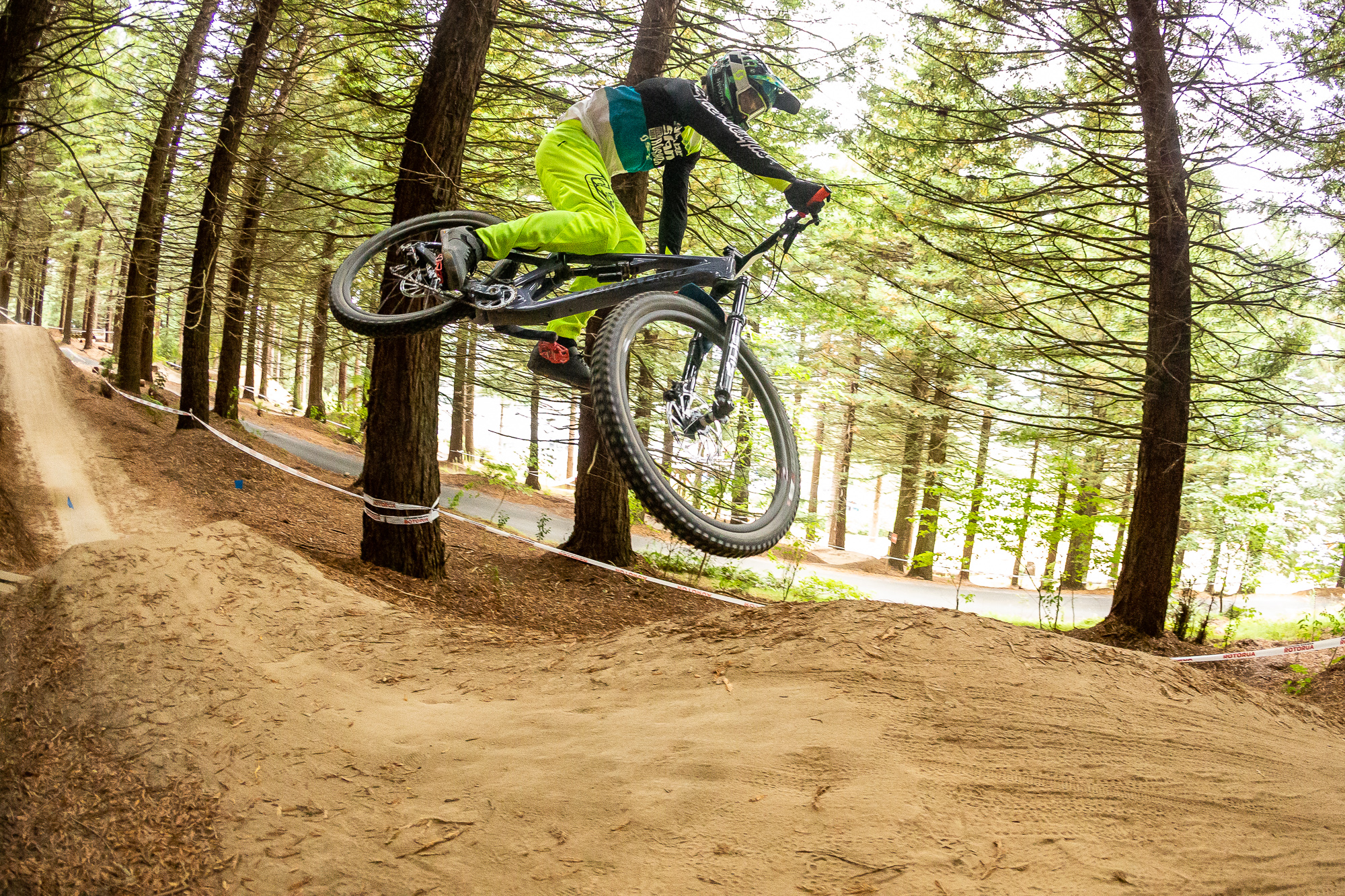 The Air DH brings an extra element of difficulty to a traditional Downhill race. In Rotorua, racers are challenged to send it on 32 jumpable features while charging for the win.

For Verbeeck, the race suits her style and skill set.

“I love this kind of racing. I love to squash jumps, sprint, landing transitions perfect, hitting every line perfect, going into every corner really fast – everybody loves it and that’s all we try to do our best at. But it’s just my thing.” 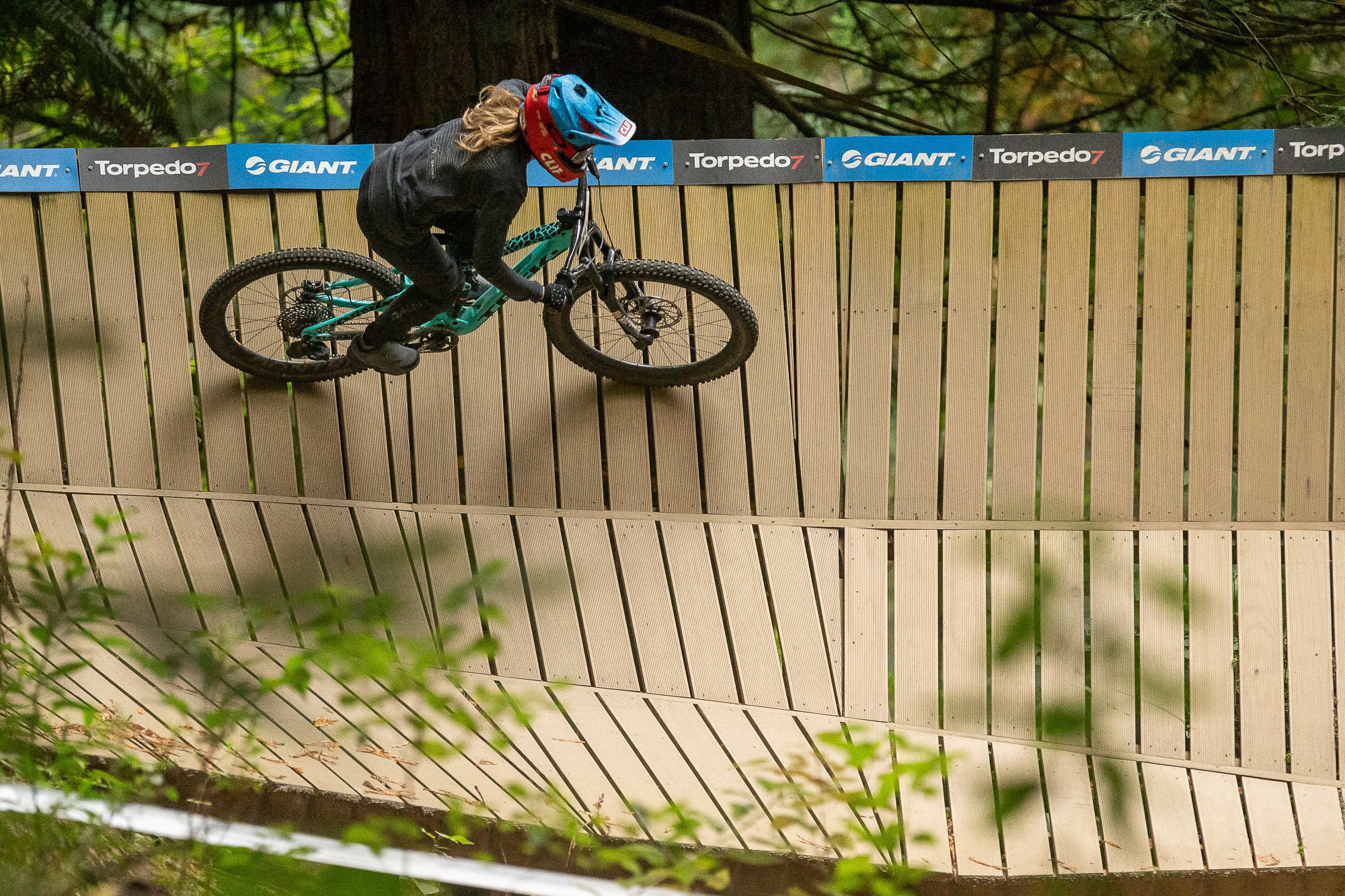 On the Berm. Photographer: Fraser Britton.

In addition to the tight field, featuring a who’s who from the realms of DH, enduro, freeride, and more, conditions added some extra challenge. Rotorua has had an especially dry summer, making conditions for racers a little extra loose, many complaining more about burning lungs than tired legs. “The dust was heavy to breathe,” added Ropelato. “All of practice we were just like one giant train. So all the dust was pretty rowdy.” 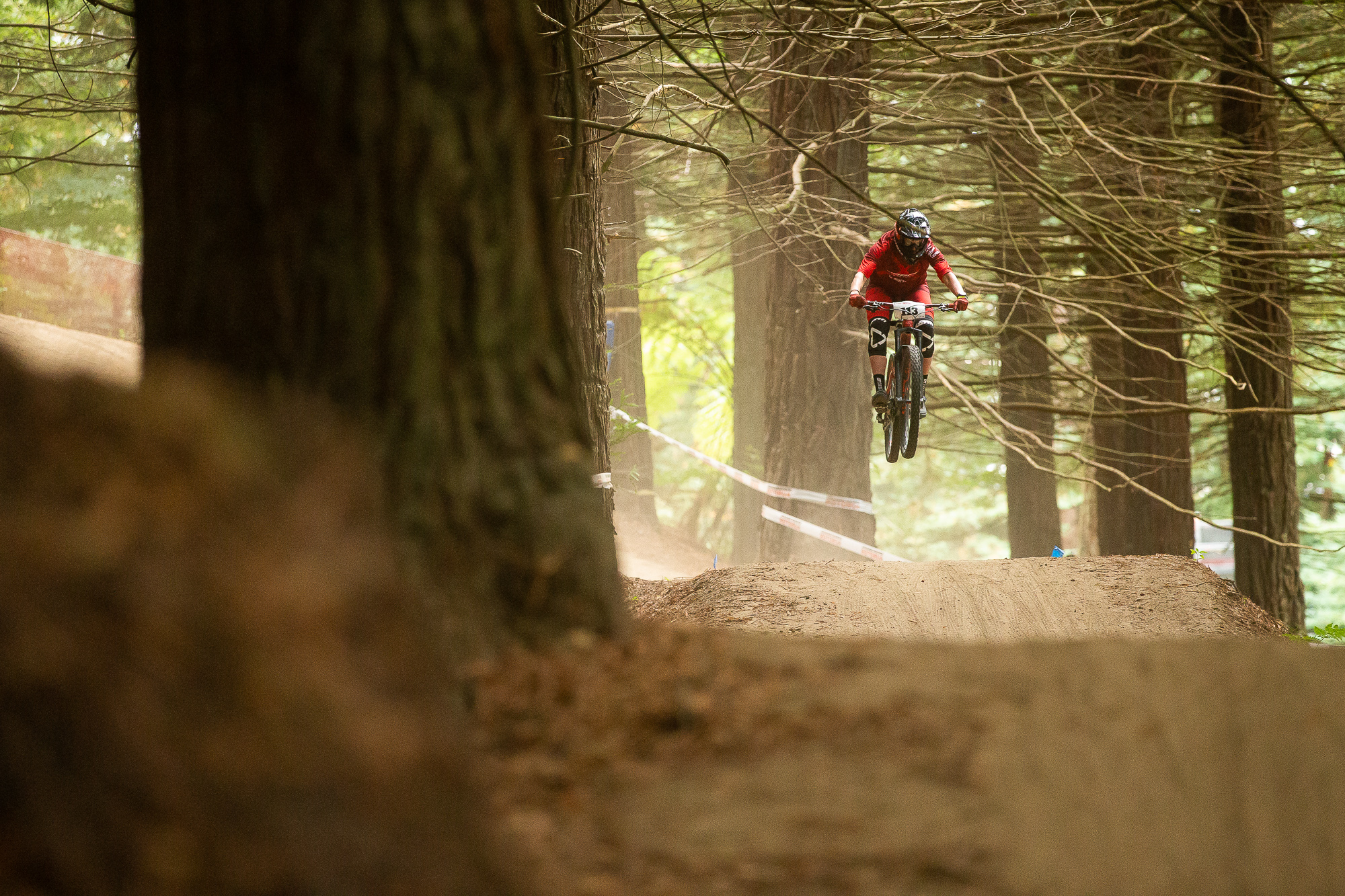 Verbeeck has now extended her early lead for Queen of Crankworx, while Beerten has also added to her points total. Like Verbeeck, she mirrored her finish last night. Verbeeck currently sits in first with 200 points, followed by Beerten with 160. 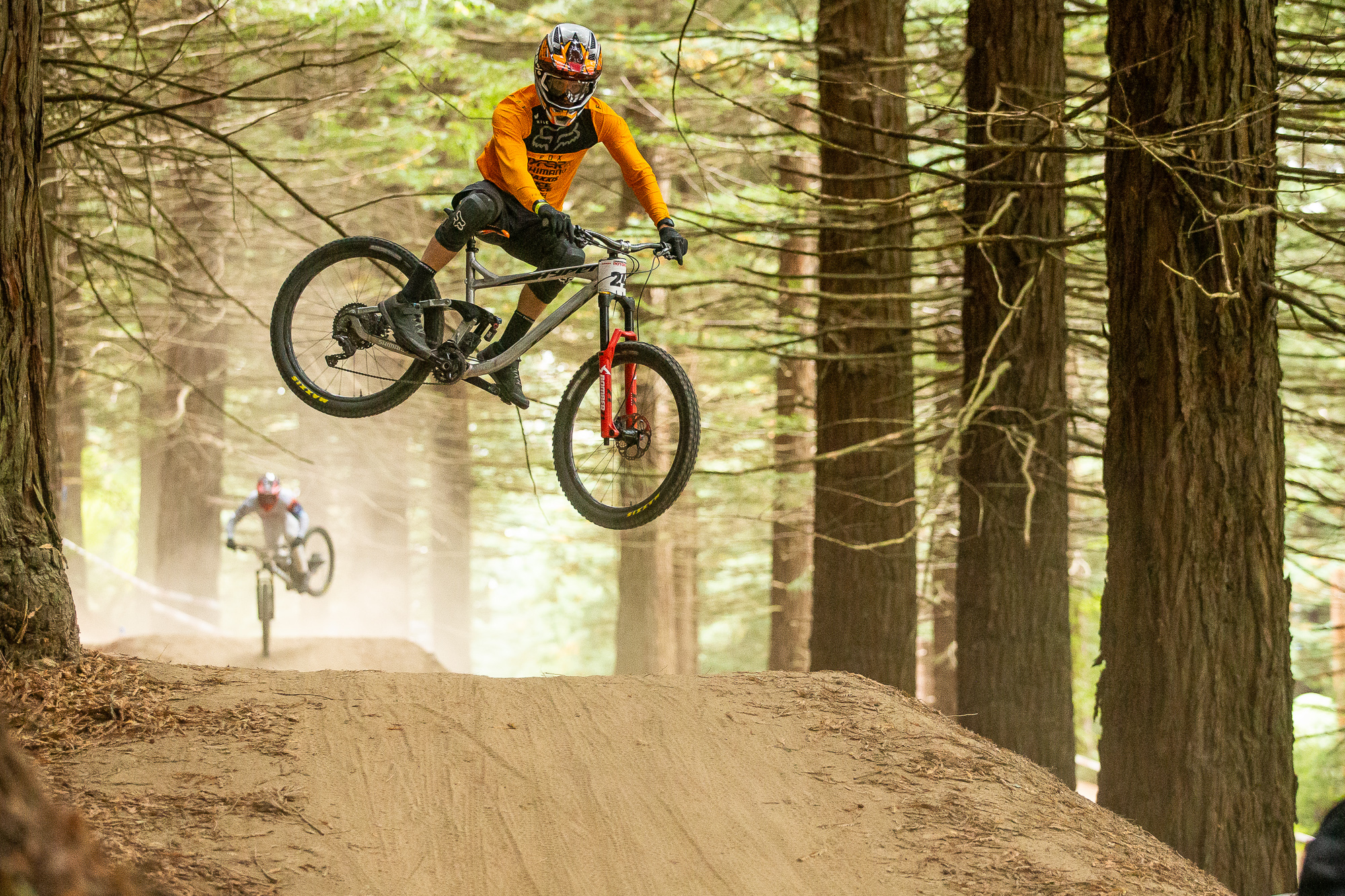 On the men’s side, Bas van Steenbergen pulls in the lead with 140 points, thanks to a second place finish last night in Dual Slalom, and today’s third. Keegan Wright trails behind him by only 14 points, with points from his win yesterday and a 10th place finish today. 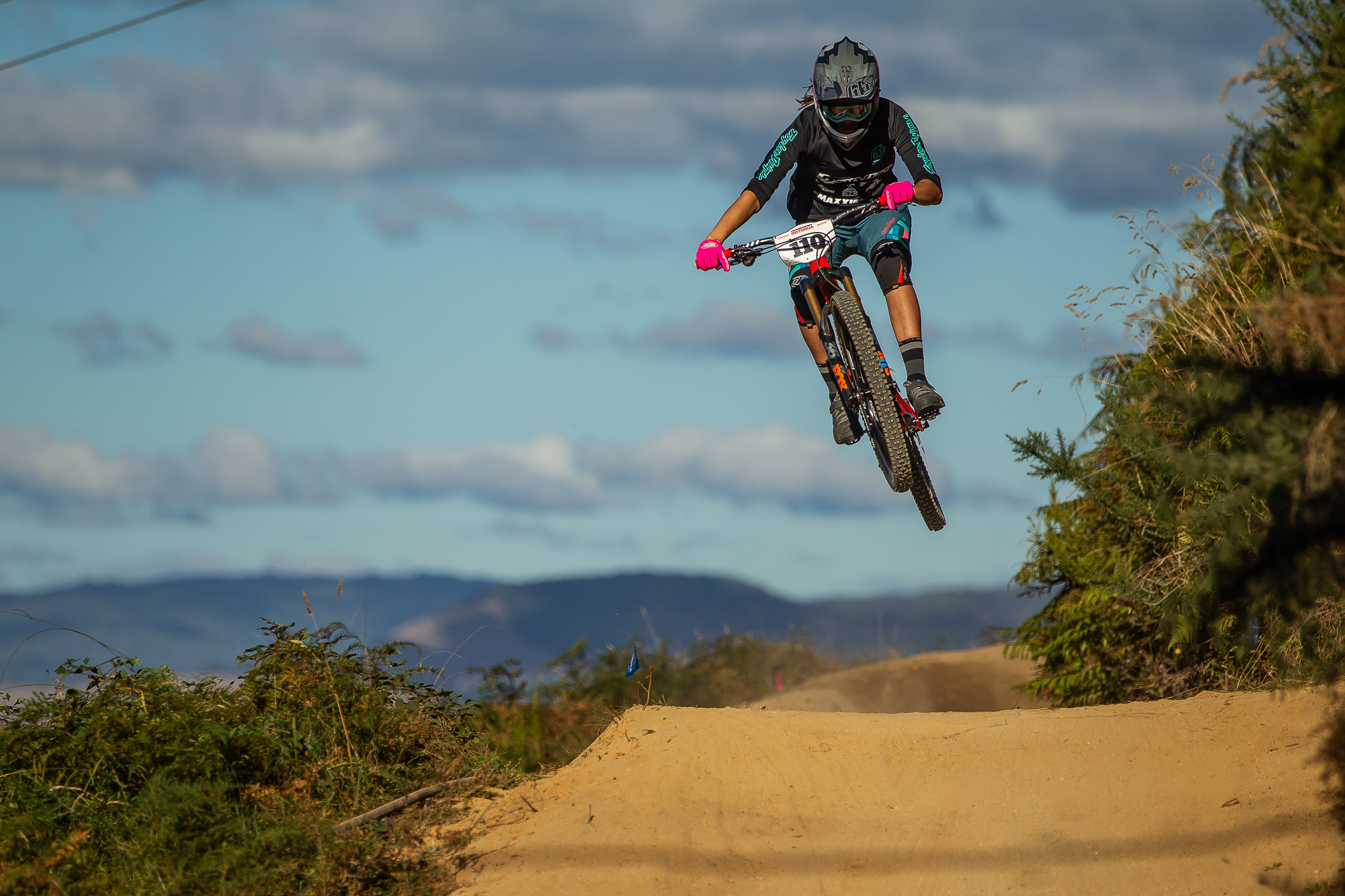