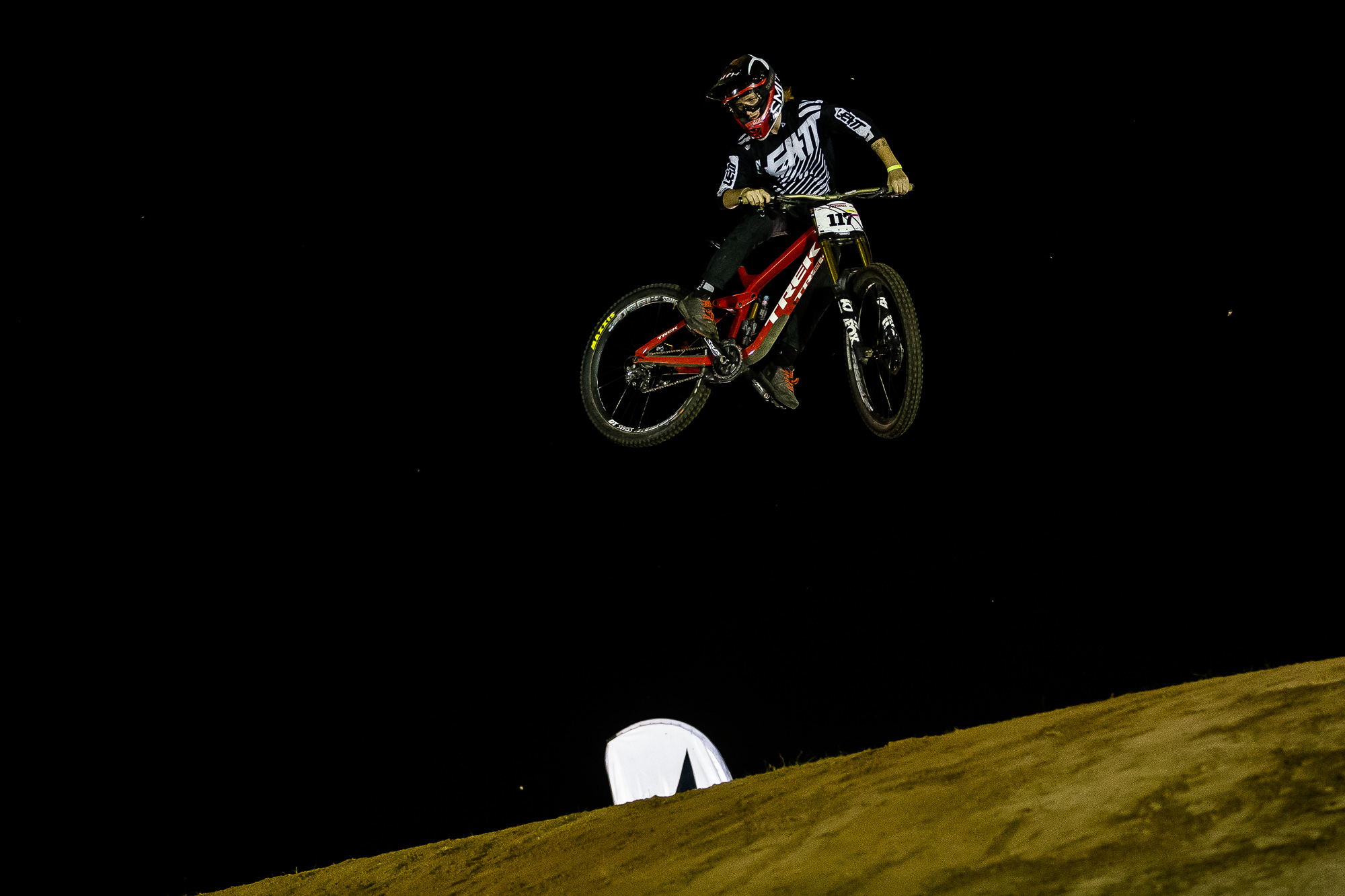 Leap into the air, turn the bike to a 45-degree angle and raise the tires to greet the horizon. There you have the whip. Pull it off mid-air, with rock star amplitude and style, and it’s a Crankworx crowning achievement.

Developed by mountain bike photographer Sven Martin as an unofficial event, the Whip-Off now gets riders in a frenzy all over the world.

The Official Oceania Whip-Off Championships presented by SPANK brings big attitude with big whips as riders duke it out to win the admiration of the crowd, the respect of their peers and, ultimately, the title of sovereign of sideways style. 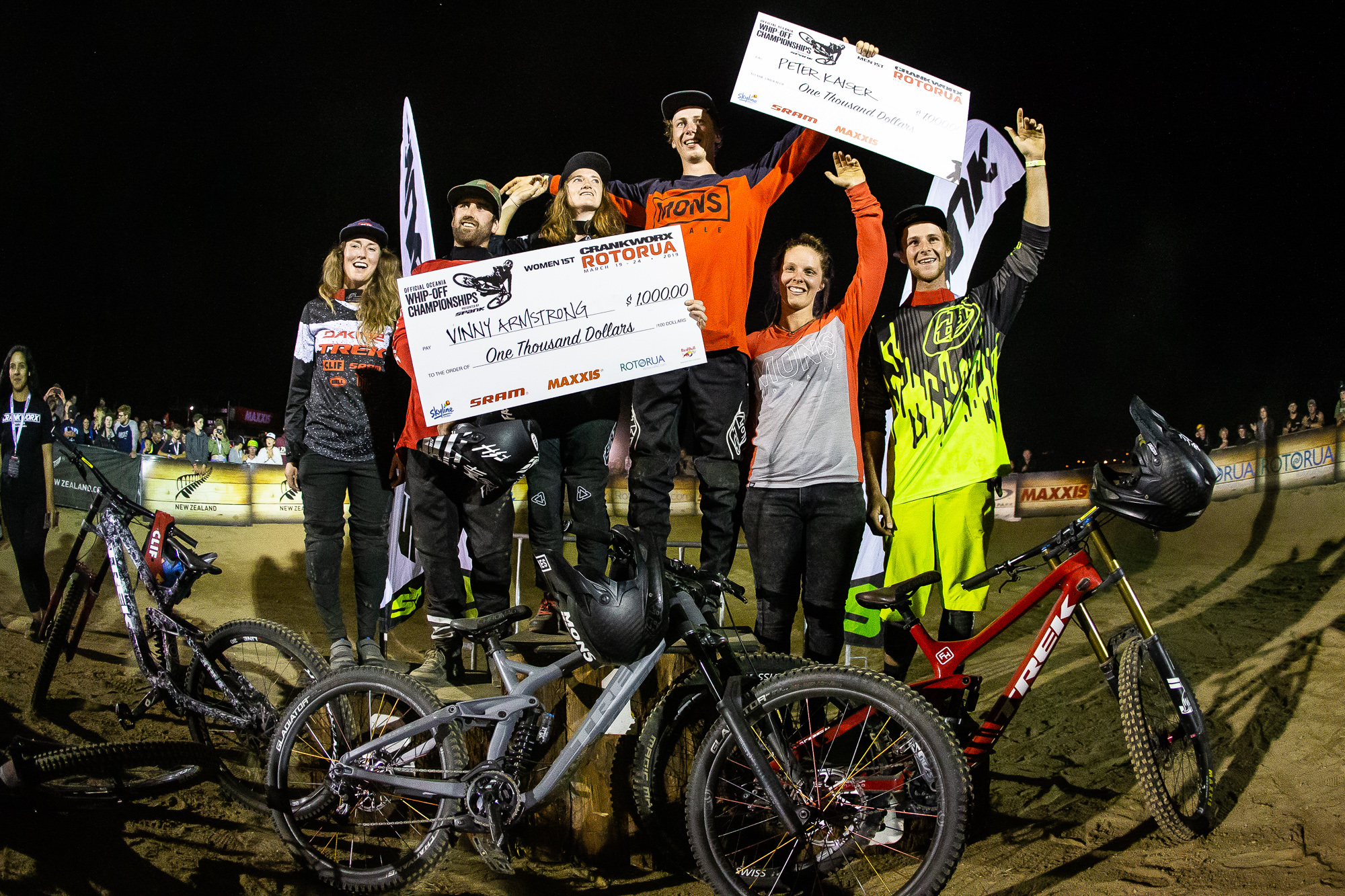 Vinny works as a Team Member on the floor at Torpedo7 Albany, Auckland, looking after all things bike! She also competes in Women’s Downhill. Next up for Vinny is the Crankworx Pro Elite Women’s Downhill, hosted later today in Rotorua.

We caught up with Vinny ahead of the Whip-Off yesterday.

Q: Are you excited for the Whip-Off tonight?!

A: Yes! I’ve been looking forward to it this whole time! It’s my favourite event. It’s so much fun and just such a thrill doing this massive jump in front of a really big crowd at night with all the flood lights on it. Just such a cool atmosphere.

Q: How many females are competing?

A: There will be a good six doing it, which is really good to see more competing this year. There’s quite a lot of guys riding, so maybe around 50 riders in total? They get culls towards the finals.

Q: Where are you from?

A: I’m from North of Auckland, Kaukapakapa. Pretty much lived there my whole life, in the country riding the local bike parks. 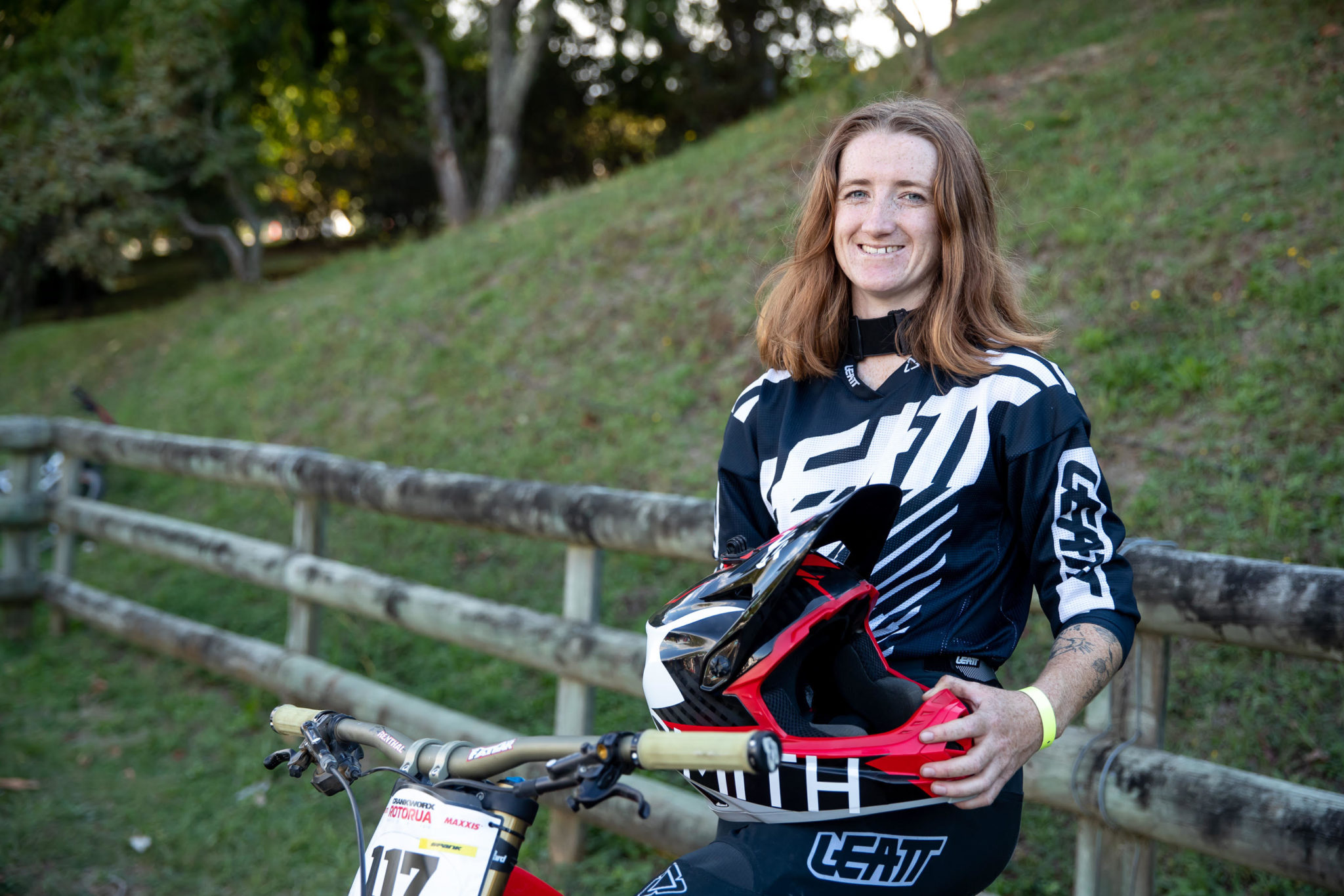 Q: When did you start riding?

A: My mum took us out riding and I was four, I think, my brother was three years older. We kept going out every weekend, got further into it, and better bikes. Our reg holiday vacation was coming down to Rotorua to all the gnarly trails down here.

A: We did about 5 laps today. It went a little slow, it was quite hard to gel into the track. Then a couple of people showed me some lines and I tried some things, and it all just gelled together. I got more confidence throughout the day, and finally sent one of the big jumps at the end, and now I feel like I’m on top of the moon.

Q: Who helped out?

A: My friend Abby who I’m travelling with, and couple of the pros – Emilie Siegenthaler (SUI) and Camiel blanchr (SUI).

Q: What are the riding conditions like this year, compared to other years?

A: The polar opposite! Every year I’ve come here it’s been wet or tacky, and now it’s really dry and dusty. I do like it, it’s definitely nice to not get muddy, it’s quite hard in some places though, it’s almost like riding in the wet, but you’re getting heaps of rolling speed. It’s fast and slippery!

Q:  How often do you ride Skyline Rotorua?

A: I try to get down here once a month at least. There’s not many places in Auckland, I go to Riverhead for trail riding, and Woodhill Mountain Bike Park. Otherwise – always Rotorua! I was lucky to do a road trip recently and get down to Queenstown, it’s the closest we can get to tracks overseas. Fast and lots of rocks. 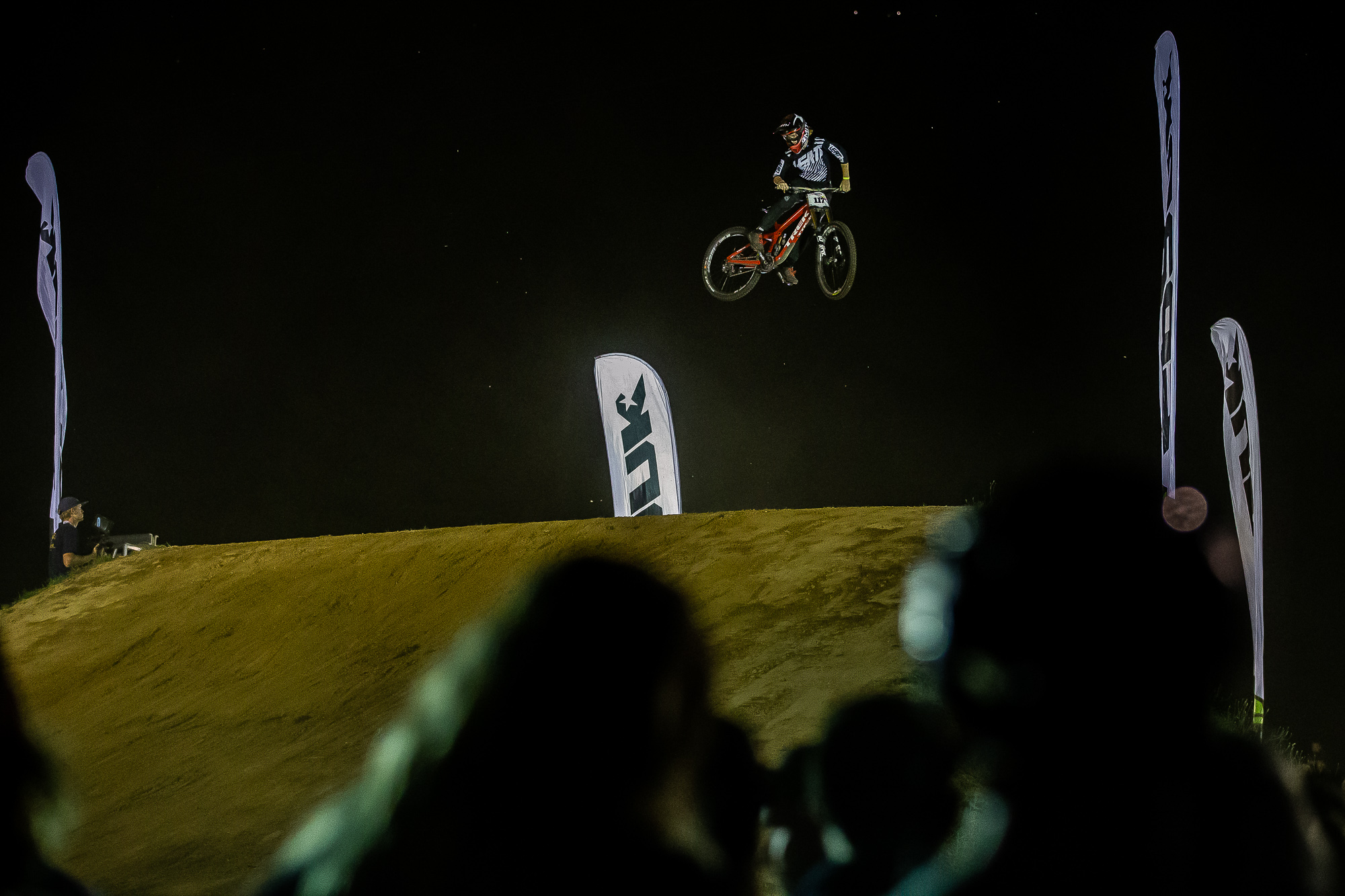 Vinny by her Trek Session.

Q: How did you go at NZ Champs?

A: It was the first NZ Champs I have been able to finish, so that was a plus. I did have a little crash in my final race run, so I mucked that up and had to settle for 3rd place, but I’m still pretty happy with that. 1st place would have been ideal, but I was a bit off the pace as I missed training for the year after breaking my collar bone, so I would have been aiming for 2nd.

Q: All the best for tonight, and fingers crossed for an epic day tomorrow!

Vinny also nabbed herself a cash prize of $1000 NZD to help out with travel and event entries. We’re sure we will be seeing a lot more of Vinny around!