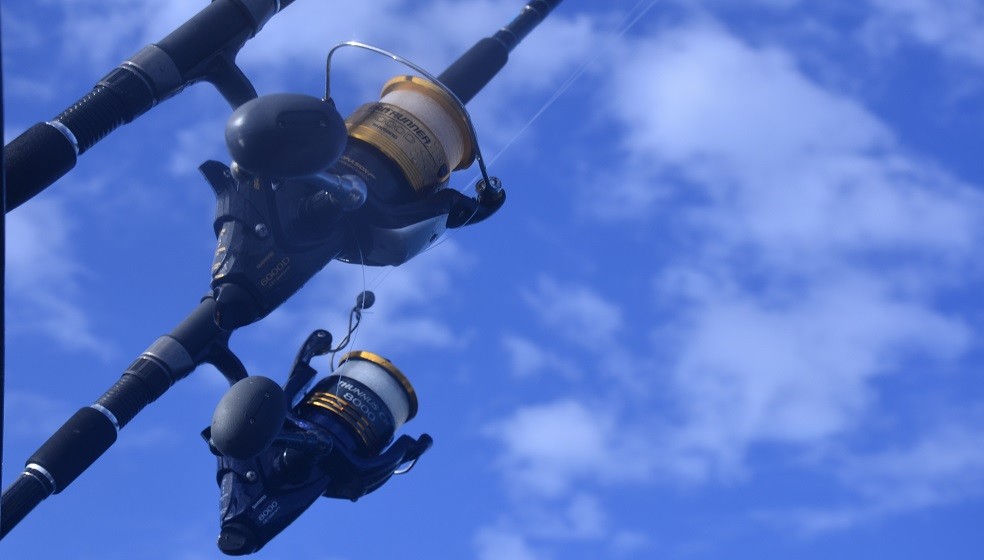 What’s a better fishing reel, spin or overhead? This is a question asked so often by fishermen and one that doesn’t really have a definitive answer. The truth is that both have their benefits and each tend to lend themselves towards different types of fishing in different environments and fishing techniques. Whether you’re into bottom fishing with baits, jigging, game fishing or soft baiting, there will be spinning and overhead options that will suit your chosen form of fishing.
Basically it is what you want from your fishing time that should ultimately make the decision for you.

So what’s best for you?
If you’re after a reel that is easy to use, doesn’t require too much servicing and is simple to cast, then a spinning reel is the obvious choice. If you are looking for a reel that holds more line, usually more drag and lends itself to a wider variety of fishing, then you are probably best with an overhead reel.
Of course there are exceptions to the rule with new technologies in spinning reels such as the Shimano Stella or Daiwa Dogfights that have tremendous fighting power that can stand up to game fish, which were traditionally reserved for those fishing with large overhead reels such as the Shimano Tiagra or Penn International.
Those who have caught large game fish on spinning setups often find it hard to go back to the bulky overhead systems as the challenge and excitement of landing a monster fish on a smaller reel takes sport fishing to an entirely new level. Take a look at the video below to get a feeling for what it’s like.

Soft Baiting and Shallow Water Fishing
When it comes to soft baiting, it is still very much personal preference. Spinning reels are great for learning on or when fishing in shallower water and really come into their own when casting soft baits into the wash around rocks and other structure. Of course there are also overhead systems that can be used in shallow water with soft baits and this is where many more proficient fishermen will reach for their small bait casting reels. While these are a little more difficult to cast, many feature cast control mechanisms which will slow the line during a cast, resulting in less overrun and tangles. The biggest benefit for soft baiters here, and slow jiggers are included in this, is that the angler can feel if a fish is taking line while the bait is on the drop. This is much more difficult with a spinning reel. With an overhead reel, you can feel any extra line being taken by placing your thumb lightly on the spool. A strike can then be initiated by either winding the reel to engage the drag or by applying more pressure with the thumb to slow the fish before giving the handle a crank. This can be done with a spinning reel by allowing the line to slip through your fingers after it has left the spool, but it is a little more awkward and means you will have to let go of the line to flick the bail arm over and set the drag, this could take enough time to allow the fish to drop the hook. For this reason many jiggers prefer to use overhead systems as their jigs are very often hit on the drop.
If you’re into casting topwater lures such as stick baits or poppers, then a spinning reel is really the only option as you need a reel that is big enough to deal with large, aggressive fish but can also be cast easily and efficiently for a long time.

Hi-spec spinning reels like the Shimano Stella have huge stopping power and can stand up to game fish.

Bait Fishing
As for those who just want to head out on their boat and drop a bait to the sea floor, both will work in shallow water. In deeper water an overhead is better simply because it will usually offer more line capacity. Of course there are spinning reels such as the Shimano Baitrunner that lend themselves to this form of fishing perfectly as well.

Big overhead reels like the Penn International have been designed specifically for game fishing due to their large line capacity, strong drag and durability.

In Conclusion
It really is a matter of personal preference. But if you think you will be spending more time casting or fishing in shallow water, then a spinning reel is probably the best option. These reels are also much easier to use and maintain.

If you will be fishing in deeper water in a more up-and-down fashion or want a reel that can comfortably tackle game fish, then you are probably best to stick with an overhead reel.

In the end, most experienced fishermen will have at least one of each option on board to use in differing fishing environments and styles.